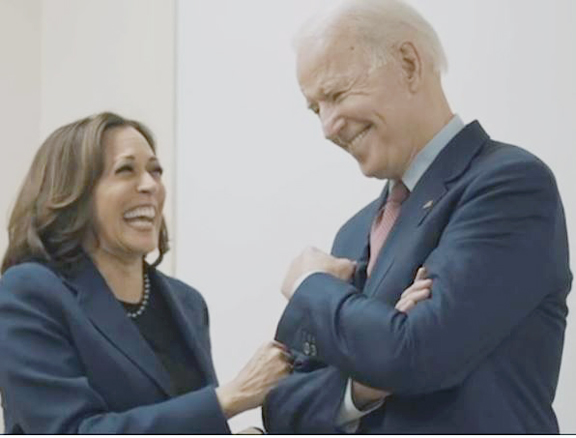 Every March, Women’s History Month provides an opportunity to honor the generations of trailblazing women and girls who have built our nation, shaped our progress, and strengthened our character as a people.

Throughout our history, despite hardship, exclusion, and discrimination, women have strived and sacrificed for equity and equality in communities across the country. Generations of Native American women were stewards of the land and continue to lead the fight for climate justice.  Black women fought to end slavery, advocate for civil rights and pass the Voting Rights Act.  Suffragists helped pass the 19th Amendment to the Constitution so that no American could be denied a vote on the basis of sex.

Standing on the shoulders of the heroines who came before them, today’s women and girls continue to carry forward the mission of ensuring our daughters have the same opportunities as our sons. Women of the labor movement are achieving monumental reforms to help all workers secure the better pay, benefits and safety they deserve.  LGBTQI+ women and girls are leading the fight for justice, opportunity, and equality—especially for the transgender community. Women and girls continue to lead groundbreaking civil rights movements for social justice and freedom, so that everyone can realize the full promise of America.

But despite the progress being made, women and girls (especially women and girls of color) still face systemic barriers to full participation and wider gaps in opportunity and equality. The COVID-19 pandemic has exposed and exacerbated those disparities which have disproportionately impacted women’s labor force participation, multiplied the burden on paid and unpaid caregivers, and increased rates of gender-based violence. The constitutional right to abortion established in Roe v. Wade is facing an unprecedented assault as states pass increasingly onerous restrictions to critical reproductive health care and bodily autonomy. Workers contend with gender and racial wage gaps that can amount to hundreds of thousands of dollars denied over the course of their lifetimes. Congress sent the Equal Rights Amendment to the states for ratification 50 years ago and it is long past time that the principle of women’s equality should be enshrined in our Constitution.

My Administration has made this issue a top priority from day one. Through historic executive actions, my Administration launched government-wide efforts to advance gender equity and equality, racial equity, and LGBTQI+ equality. Through the American Rescue Plan, my Administration delivered immediate relief to women and families, funded domestic violence and sexual assault services, supported child care providers, and invested in care workers—who are disproportionately women of color. Through the Bipartisan Infrastructure Law, we are working to ensure equitable access to good-paying jobs, particularly in sectors where women have historically been underrepresented. We have taken critical steps to end the scourge of gender-based violence and advocate for the long-overdue reauthorization of the Violence Against Women Act: legislation that I was proud to author and champion as a United States senator. We are confronting the epidemic levels of violence that transgender women and girls continue to face. We are working to expand access to health care, including reproductive health care for all people regardless of their gender, race, ethnicity, income, or zip code. We are fighting to lower the costs of childcare and provide access to free preschool for all three- and four-year-olds. We issued a call to action to eliminate racial disparities in maternal health care, which disproportionately impact Black and Indigenous women. And my Administration established a Gender Equity and Equality Action Fund to advance the rights and economic security of women and girls around the world.

This work is being led by the most diverse and gender-balanced Cabinet in American history, including the first woman (and woman of color) to serve as Vice President, Kamala Harris; the first woman ever to serve as Treasury Secretary and Director of National Intelligence; the first Native American woman to serve as a Cabinet Secretary; women leading the Departments of Commerce, Energy, Housing and Urban Development, along with the Small Business Administration and the Office of Management and Budget; and women of color representing America on the world stage as United States Ambassador to the United Nations and the United States Trade Representative as well as leading my Council of Economic Advisers in the White House. In addition, I established the first White House Gender Policy Council to advance gender equity across the federal government and released the first-ever national gender strategy to support the full participation of all people (including women and girls) in the United States and around the world.

This Women’s History Month, as we reflect on the achievements of women and girls across the centuries and pay tribute to the pioneers who paved the way, let us recommit to the fight and help realize the deeply American vision of a more equal society where every person has a shot at pursuing the American dream. In doing so, we will advance economic growth, our health and safety, and the security of our nation and the world.