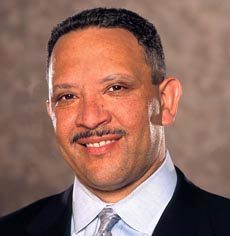 (TriceEdneyWire.com) — “From the first settlers who came to our shores, from the first American Indian families who befriended them, men and women have worked together to build this nation. Too often the women were unsung and sometimes their contributions went unnoticed. But the achievements, leadership, courage, strength, and love of the women who built America was as vital as that of the men whose names we know so well. Understanding the true history of our country will help us to comprehend the need for full equality under the law for all our people” – President Jimmy Carter, proclaiming the first National Women’s History Week.

This goal can be achieved by ratifying the 27th Amendment to the United States Constitution, which states that ‘Equality of Rights under the Law shall not be denied or abridged by the United States or by any state on account of sex.’“

When labor activist Theresa Malkiel established the first official Women’s Day in 1909, only four states and four U.S. territories granted women the right to vote. The 14th Amendment, which guarantees equal protection under the law, did not apply to women.

Throughout much of America’s history, the advancements of women’s rights applied only to White women. The National Women’s History Alliance, which was instrumental in establishing Women’s History Month,  declared: “despite our best intentions, we have not done enough to challenge racism within the sphere of women’s history. In the past we have failed to effectively speak out against racism in our collaborative spaces.”

Women’s History Month is not only a celebration of women’s achievements of the past, but of women who are making history today. Among the honorees at the National Urban League’s most recent Women of Power Awards were Stacy Abrams, who confronted voter suppression in Georgia and inspired an estimated 800,000-plus new voters to register through her efforts; immunologist Kizzmekia S. Corbett, whose research was central to the development of the COVID-19 vaccines and treatment; and Amanda Gorman, who inspired the nation as the youngest poet to read at a presidential inauguration and became the first National Youth Poet Laureate.

President Obama once said there is no greater form of patriotism than the belief that “it is in our power to remake this nation to more closely align with our highest ideals.” Achieving and protecting the equal rights of all women is among the most sacred of those ideals.