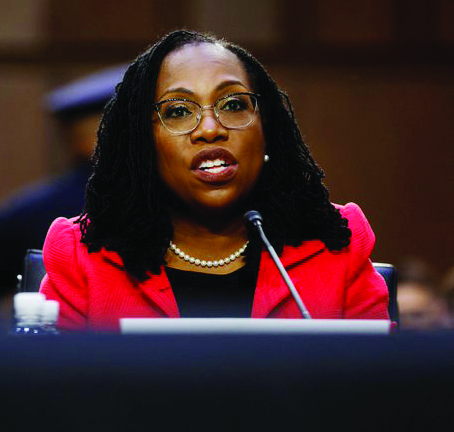 Republican Sen. Susan Collins has announced plans to vote in favor of confirming Judge Ketanji Brown Jackson to the Supreme Court, bucking her party leadership and ensuring that the D.C. Circuit Court Judge will become the first Black woman on the highest court in America.

Earlier, Sen. Joe Manchin announced he would vote to confirm Judge Jackson, a significant development for the nominee as the West Virginia Democrat has often cast ballots against or stopped President Joe Biden’s agenda.

Sen. Majority Leader Mitch McConnell (R-Kentucky), who more often than not receives 100% support from his caucus, had urged Republicans to vote against Judge Jackson.

Sen. Lindsey Graham of South Carolina, who had previously voted to confirm Judge Jackson to her current post, is expected to cast a ‘no’ vote this time.

Collins announced that she had met with Judge Jackson twice and that the nominee had “alleviated some concerns” the Republican had expressed.

“I have decided to support the confirmation of Judge Jackson to be a member of the Supreme Court,” Collins stated.

The New York Times reported that the centrist senator felt reassured that Judge Jackson would not be “bending the law to meet a personal preference” and that the nominee met her standard for serving on the court.

“In recent years, senators on both sides of the aisle have gotten away from what I perceive to be the appropriate process for evaluating judicial nominees,” Collins said.

“In my view, the role under the Constitution assigned to the Senate is to look at the nominee’s credentials, experience, and qualifications. It is not to assess whether a nominee reflects the individual ideology of a senator or would vote exactly as an individual senator would want.”

Collins’ decision means that Democrats will now be able to claim that Judge Jackson’s confirmation was indeed bipartisan. Republicans Lisa Murkowski of Alaska and Mitt Romney of Utah are also viewed as potential ‘yes’ votes on the nomination.

“There can be no question that she is qualified to be a Supreme Court justice,” Collins said. “Judge Jackson has a breadth of experience as a law clerk, attorney in private practice, federal public defender, member of the U.S. Sentencing Commission, and district court judge for more than eight years.”