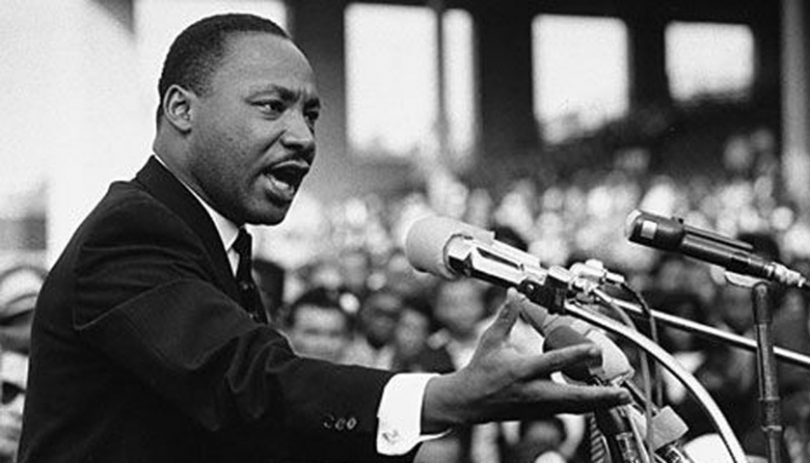 King stood on a balcony of the Lorraine Motel in Memphis, Tennessee, a site that’s now a museum dedicated to the civil rights champion’s life.

James Earl Ray ultimately pleaded guilty to shooting King but later claimed he was a pawn in a more significant crime ring to kill the African American leader.

On the 54th anniversary of King’s death, observances took place around the nation, while those not attending specific events took to social media to commemorate the icon.

“We spend more time celebrating [King’s] birth than acknowledging where he was politically when he was killed—fighting alongside sanitation workers, opposing war, racism, and capitalism,” historian and author Barbara Ransby wrote on Twitter.

“April 4 reminds us of the power of the radical King.”

“On April 4, 1968, Martin Luther King was assassinated for believing we are equal, shouldn’t be poor, and have rights,” Wiley said. “Today, we’re told to fear learning about race or gender identity, to permit voter suppression, and that a highly qualified Black woman isn’t Supreme Court material. We have work to do.”

One day before King’s assassination, the civil rights leader gave his last speech where he proclaimed that he’d been to the mountaintop.

In a sad prophecy, King prepared his followers for his demise.

“It really doesn’t matter what happens now,” he said. “We’ve got some difficult days ahead. But it doesn’t matter with me now. Because I’ve been to the mountaintop. And I don’t mind. Like anybody, I would like to live a long life. Longevity has its place.

“But I’m not concerned about that now. I just want to do God’s will. And He’s allowed me to go up to the mountain. And I’ve looked over. And I’ve seen the promised land. I may not get there with you. But I want you to know tonight that we, as a people, will get to the promised land. And I’m happy tonight. I’m not worried about anything. I’m not fearing any man.”

Rev. Jesse Jackson, who attended King’s last speech and stood nearby at the Lorraine Motel when the assassin cut down his colleague, participated in an event at Mt. Olive CME Church in Memphis to help commemorate the 54th anniversary of that dark day.

“It’s sad for me. I was with him when the shot was fired,” Jackson said. I can replay it back of my mind. It hurts still. I think about the progress we’ve made since that time.”

Jackson joined Bishop Henry Williamson, Sr. and others in Memphis to observe the anniversary.

“The 54th anniversary celebration of the assassination of Dr. Martin Luther King, Jr. is one of the most important dates in Tennessee and across the nation to observe,” Williamson said.

As part of the observance, Williamson, Jackson, and others visited the National Civil Rights Museum, which stands at the Lorraine Motel, and the historic Collins Chapel Connectional Hospital, the only hospital in Memphis that allowed Black people during segregation.

“Dr. King called for non-violence to bring about change against unjust and immoral laws in situations of segregation and discrimination. We need that in today’s world,” Williamson said.

“We will never forget Dr. Martin Luther King, Jr. for all he did to change the course of our nation’s future for the better,” Duckworth stated. “Today, it falls upon all of us to continue his legacy.”

Judiciary Candidates engage voters at Party to the Polls