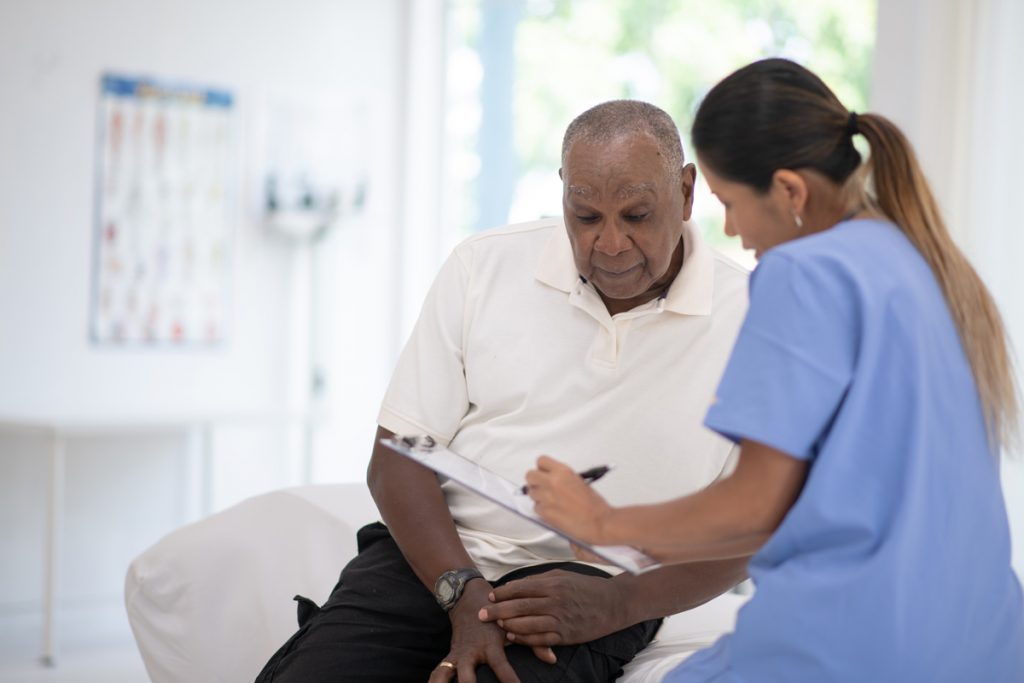 As the United States continues to grapple with its legacy of systemic racism, debates on issues such as police brutality and racial profiling, the economic gulf between Blacks and Whites, and the dearth of access to affordable educational opportunities, there is one area that has received far less attention: The gap in positive health outcomes that African Americans (and particularly Black men) face.

While the COVID-19 pandemic shined a light on these fissures, its beam barely touched the edges of the problem. Yet according to government data, Black Americans are generally at higher risk for heart diseases, stroke, cancer, asthma, influenza and pneumonia, diabetes and HIV/AIDS than their White counterparts. Black people also have the highest death rate and shortest survival of any racial/ethnic group in the United States for most cancers.

These are abhorrent figures anyway you look at them, but especially when considering that many of these deadly diseases (at least when detected early) are treatable and survivable. Prostate cancer, for example, has a five-year survival rate for men diagnosed with it of greater than 99% if the cancer is detected during the early stage.

One of the key reasons for these staggering disparities is the fact that Black men are overall less aware of the threat this form of cancer poses to them and have less resources available to them to receive testing and monitoring for the disease. Thankfully there are members of the Black community like billionaire investor Robert F. Smith, The Today Show co-host, Al Roker, and activist comedians such as Chris Tucker and Steve Harvey who are raising their voices (and contributing their dollars) to combat this affliction.

Robert Smith, for example, recently donated $4 million of his own money to New York City’s Mount Sinai Medical Center to create the Robert F. Smith Mobile Prostate Cancer Screening Unit. This mobile home-sized bus will tour New York City neighborhoods where men are at a higher risk of developing prostate cancer and offer screenings and educational materials about the disease.

This proactive approach that brings diagnosis tools directly to the communities most at risk is the type of action that our nation needs when it comes to battling a disease that more than 13% of African American men are expected to develop in their lifetime. But Smith can’t be the only one doing this and New York City cannot be the only place where this type of outreach is occurring.

Whether it is other philanthropists, local or regional health centers, or state and federal officials, there is a desperate need for creative solutions to getting more people screened and saving more lives. Smith’s initiative is an innovative approach, but there are other ways to spread awareness and boost screenings in the Black community.

Whether it be through an advertising and outreach campaign to pop-up health centers and tents, the COVID-19 vaccine push in the Black and other minority communities can serve as a good example of how to quickly and efficiently get more Black men screened for the disease.

For too long, prostate cancer among Black men (and the disparity in health outcomes within the community overall) has remained relatively low profiled, but now we have a way to resolve this issue. The pioneering Black journalist and one of the effective voices and leaders of the National Association for the Advancement of Colored People (NAACP), Ida B. Wells said it best: “The way to right wrong is to turn the light of truth on them.” It is long overdue to turn on a brighter national light on prostate cancer and Black America.

(Dr. Benjamin F. Chavis Jr is president/CEO of the National Newspaper Publishers Association (NNPA) and executive producer/host of The Chavis Chronicles on PBS TV stations throughout the United States who can be reached at <dr.bchavis@nnpa.org>.)