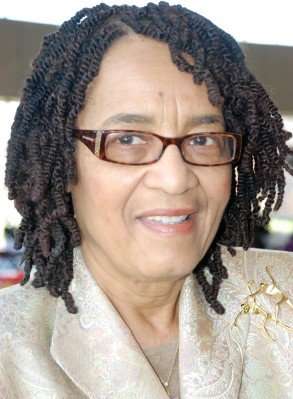 Ethel Payne, the crusading globetrotting journalist, was my friend and mentor. When she made her entrance into journalism in the 1950s the doors for her to achieve acclaim as a war correspondent and global activist were closed. She had to knock them down as she became one of the first Black women to be credentialed as a White House correspondent.

Payne first received public acclaim when as a host for the Army Special Services in Korea in 1950, she began writing about how Black troops were segregated in the U.S. Army even after President Eisenhower, issued an order to desegregate. She reported how Black troops were sent into battle without proper training which led to high casualties among them. For her reporting, about the conditions there and the flaunting of a presidential order, top U.S. government officials accused her of disrupting the morale of the troops. She had opened a bag of worms.

As a reporter for the Chicago Daily Defender, known as the Blacks’ fighting machine, for three decades, beginning in 1951, she continued her activism as a White House correspondent often irritating President Eisenhower. When the GOP invited choirs from Duke, Emory, and Howard to participate in its annual Lincoln Day celebration, the Howard choir arrived but were turned back. Payne critically raised the issue at a White House press conference, which so angered President Eisenhower that the flack made the New York Times. And after that people were asking ‘Who is that Black woman?” She was also a commentator on national radio, but her heart was always with the Black press and from that platform launched her to become one of the most trusted voices and viewpoints in America.

During her 30-year career at the Defender, she traveled with presidents and heads of state, filing important stories about African countries achieving liberation, such as Ghana in 1957, covered the Vietnam War, and worked to show the parallels with South Africa apartheid and segregation in the U.S.A.

It was never lost on her that she sprang from humble beginnings. Born in 1911 in Chicago, her father was a Pullman Porter, but died young, leaving Ethel’s mother with six children to raise mostly on the salary of a domestic worker. She and the family worked and struggled together. “I worked in White folks, kitchens. I did factory piecework, any thing to keep us together.” She eventually attended Northwestern University, taking journalism courses, and recognized she had a flair for writing. She said she saw her role as an advocate for the weak, and that is how she used her talent. “Until I close my eyes,” I am going to be involved,” she told me.

Payne befriended me when I became one of the first Black women to cover the White House for the White Press. She saw that most of the White colleagues I worked with resented and hindered me, rather than helped me and she came to my rescue and mentored me. In 1975, when I received death threats after writing an unflattering book about a popular civil rights leader, she, and other Black journalists, such as Vernon Jarrett, called a press conference, defending my first amendment right to report and write my own truths. The threats ceased.

She was the Grand Dame of journalism, having exquisite dinner parties at her home, where she served up news tips and wisdom, along with her salacious menus. I was honored, to be one of the journalists, who worked with Fisk University to establish a professorship in her name, where she published her book in 1979, entitled Roots, Rewards and Renewal, a Study of Black colleges.    The Ethel L. Payne U.S. postal stamp was issued on September 14, 2002.

As someone soon to be 80 years old, her thoughts on aging, I still hold dear. “Age is not a handicap. Age is nothing but a number. It is how you use it.” She also shared with me the three words she wanted to pass on to future generations: “agitate, agitate and agitate.”

What happens after graduation?