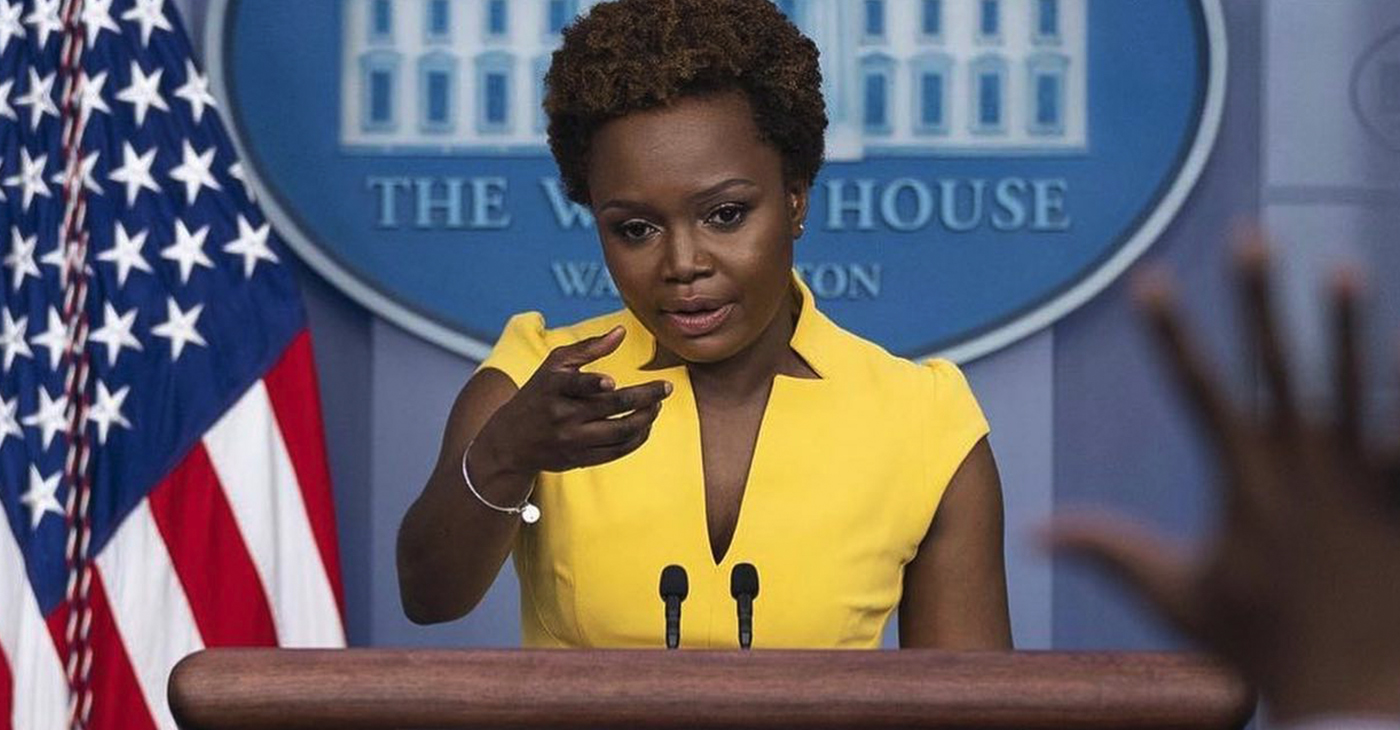 Karine Jean-Pierre will become the first Black White House Press Secretary in United States history. Congratulations to her on this monumental and historic accomplishment.

Karine Jean-Pierre, whose long career in Democratic communications led her to the podium last year as the second Black woman to hold a White House daily briefing, will regularly host those news conferences.

On May 5, President Joe Biden announced that he has selected the Martinique native as his next White House press secretary.

“Karine not only brings the experience, talent, and integrity needed for this difficult job, but she will continue to lead the way in communicating about the work of the Biden-Harris Administration on behalf of the American people,” Biden said in a statement.

He added that outgoing press secretary Jen Psaki set the standard for returning decency, respect, and decorum to the White House Briefing Room.

Meanwhile, the historic nature of the appointment wasn’t lost on the President and others.

When Jean-Pierre steps up to the podium on May 13, she’ll become the first Black woman and first openly gay person to hold that job.

“We are proud to have advocated for her historic nomination. As White House press secretary, she will not only be able to use her podium to represent the Biden administration but also the LGBTQ community during a time of unprecedented anti-LGBTQ hate and attacks,” Parker stated.

“As the first ‘out’ LGBTQ person and the first Black person to hold this office, her appointment will inspire countless young people looking for hope and motivation during a dark chapter in our nation’s history.

“Shattering this lavender ceiling is a testament to Karine’s grit, power, and commitment to our country’s potential. We are confident she will continue to be a strong ally and partner as she works in the highest office of the land.”

“She is smart, and she has a moral core that makes her not just a great colleague but an amazing mom and human. Plus, she has a great sense of humor,” Psaki tweeted.

“This is another historic step forward by the Biden-Harris administration in fulfilling their promise of equity and equality in the White House.”

In a 2021 appearance on The Chavis Chronicles, the Dr. Chavis-hosted PBS-TV show, Jean-Pierre said representation matters.

“We’ve seen that from the first day of this administration, the president signed an executive order to deal with racial inequity and making sure that we saw diversity and inclusion across the board in the federal government,” Jean-Pierre said during her appearance on the show with Dr. Chavis.

“We’re living in a polarized country right now, and the one thing that president talked about when he was running, he wanted to make sure that he was the president for all.”