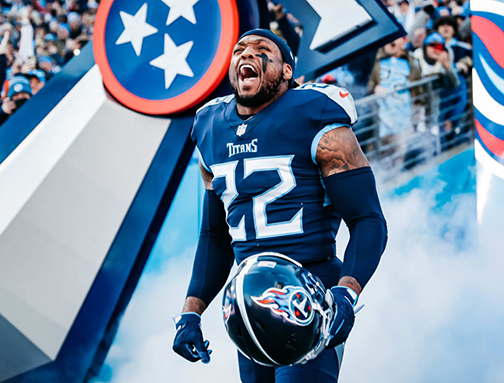 Earlier this week, the Titans learned who their ‘week 2’ matchup would be, and it’s a dandy.

The Titans will travel to face the Buffalo Bills on Monday Night Football on September 19 in Buffalo. The game will kick off at 6:15 pm, CT, on ESPN as part of an ABC/ESPN side-by-side doubleheader that night. The Vikings will face the Eagles in Philadelphia the same night at 7:30, CT, on ABC.

The official announcement was made on Monday morning on Good Morning America but was first announced by the NFL on social media. Each day this week the NFL has dropped scheduling tidbits leading up to the complete schedule that was released on Thursday night.

The 2022 NFL season is set to kick off on Thursday, Sept. 8, with a full slate of games scheduled for Sunday, September 11.

The Titans beat the Bills 34-31 in a thrilling game on Monday Night Football in 2021 at Nissan Stadium.

The Bills beat the Titans 13-12 in Tennessee’s last visit to Highmark Stadium in Buffalo in 2018.

The exact dates and times for next season’s games can be found on the Titans website.