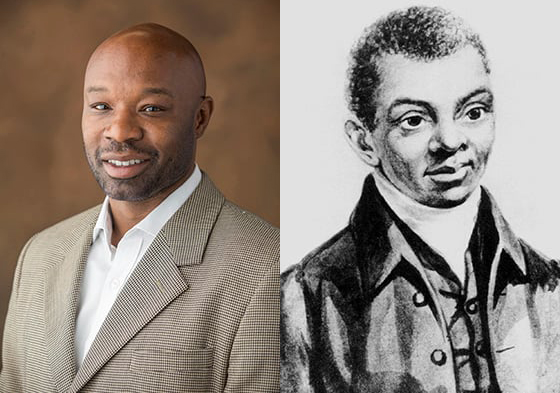 The meeting was held virtually April 28-May 1 and featured speakers from the African American Heritage Center, Africa University, Black Clergywomen of the United Methodist Church, and many of the denomination’s general agencies.

Bishop Mande Muyombo delivered the keynote speech. He leads the North Katanga Episcopal Area, which includes United Methodists in parts of Congo and in Tanzania. He focused on the relationship between African and African American United Methodists leading up to General Conference. The United Methodist Church’s top lawmaking assembly — now scheduled for 2024 — faces multiple proposals for separation over LGBTQ inclusion.

The Rev. Herbert R. Marbury, associate professor of Hebrew Bible at Vanderbilt Divinity School, presented two impassioned Bible studies tied to the meeting’s theme, “We Are Strong. We Are Relevant. We Are Here.”

Black United Methodists should choose “us,” he said.

“We’ve been here for 238 years and we’re still here,” he added. “We’ve watched our churches close because of the decisions of folk who cared nothing about the Black church. … We’ve seen the property that our forbearers worked so hard to acquire sold without our consultation, and we’ve all seen the proceeds that never seem to return to the Black church.”

During one presentation, Marbury shared the story of Harry Hosier, a Black Methodist preacher “who spread the Gospel like wildfire” in the latter half of the 18th century and “was more effective than any of his counterparts, both white and Black.”

Hosier was repeatedly denied ordination, “suffered a breakdown and he died a broken man,” Marbury said. Hosier was “rejected so many times after having invested so much of himself to build American Methodism,” he added.

Bishop L. Jonathan Holston of the South Carolina Conference detailed past injustices while also highlighting the loyalty of Black church members.
“In 1939, the Methodist Church, North and South, gathered to unite and promptly segregated its Black laity and clergy,” he said. “Then in 1968, the Methodist Church gathered to unite with the Evangelical United Brethren Church and integrate, and the Black Church was set in a downward spiral of financial disintegration.

Plans are to hold next year’s meeting in-person in Pittsburgh on April 13-16.