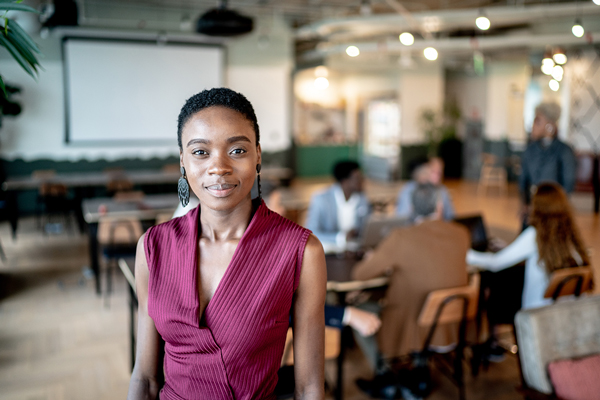 The challenges that Black businesses are facing is a national concern from the east coast to the west coast, and from the north to the south. (Photo courtesy of <iStockphoto/NNPA>)

When is the last time that you read a national news story in the so-called mainstream media about a successful Black business in America that has achieved unprecedented excellence and profit in today’s marketplace? I know it has been a long time.

On the other hand, when was the last time that you read or heard in the media about allegations of corruption, financial failure and excessive greed by the owners of some Black businesses?

In my opinion it, has been an all too frequent and reoccurring false narrative that continues to be cast in the media to undermine and devalue Black business leaders across the nation.

Late last year, I called attention to a barrage of unfair attacks being leveled in the media against CORE Services Group, Inc., a Black-run nonprofit that has for years provided food, shelter, and other services to New York City’s growing homeless population. I was particularly offended that the attacks appeared to be waged through anonymous leaks by city bureaucrats in the previous mayoral administration who seemed bent on destroying the nonprofit organization and its founder, Jack Brown, a successful Black businessman.

Now, seven months later, the case has moved to court, where CORE has begun to fight back—and where city officials cannot hide behind a veil of anonymity. In a series of legal filings, CORE has presented evidence that appears to rebut the allegations by NYC’s Department of Homeless Services (DHS) against CORE and its leaders, while raising questions about the city’s motives under previous Mayor Bill de Blasio, according to published reports.

Central to the city’s case, for example, are claims that CORE officials concocted a scheme to enrich themselves by hiring several for-profit companies that CORE itself owned to provide food, security and maintenance at CORE-run shelters. An outside observer without the benefit of all the facts might be tempted to conclude that CORE was engaged in some kind of self-dealing. But upon further examination, this hardly seems to be the case. Far from it, in fact.

As CORE has reportedly noted in court documents and elsewhere, the for-profit companies (wholly owned subsidiaries of the non-profit) are part of a model of integrated services that CORE established to run its shelters efficiently and without the uncertainty its leaders say they regularly faced from outside vendors that all too often provided inferior services or threatened to cut off services because the city was slow to reimburse CORE for its expenses.

But none of this explains why city officials have targeted CORE for this kind of attack, particularly after years of consistently providing support to the city’s neediest residents, a disproportionate number of whom are Black and Latino. Yet to hear CORE tell it, city officials began raising questions about the organization under previous Mayor Bill de Blasio only after CORE officials began demanding that the city pay a backlog of unpaid bills that totaled $35 million.

“The sequence of events says it all: de Blasio used CORE to deflect from his own failures addressing homelessness in New York City,” Wendy Weingart, CORE vice president/general counsel, told the news outlet Inside Sources. “The failure to pay nonprofits that continued to operate during the worst of the pandemic is indefensible. Simply put, the de Blasio administration took advantage of CORE through administrative delays and did not pay CORE for several programs it operated at the behest of the city for over a year.”

As a result, many Black leaders are speaking out on behalf of CORE and urging the city’s new mayor, Eric Adams, to correct this injustice.

In a recent Op Ed in Black Enterprise, the renowned freedom-fighting attorney, Benjamin Crump, argued that Brown and his organization have been singled out for attack despite the essential role the nonprofit has played in helping legions of homeless individuals in a city with a notoriously overburdened social service system.

“Jack Brown’s plight is yet another sad example of the impediments Black Americans still face when we strive for excellence,” he said. “Mr. Brown is being pilloried for his commitment to caring for the homeless New Yorkers, a group which unfortunately includes a disproportionate number of Black and Brown people. CORE came every time DHS called. But sadly, as Congresswoman Chisholm once said, ‘Racism is so universal in this country, so widespread, and deep-seated, that it is invisible because it is so normal.”

Now that there is a new administration in New York City, I believe that Mayor Eric Adams will have the opportunity to rectify the situation with Jack Brown and CORE. The city’s homeless deserve to receive the best care possible as the city rebounds from the negative impact of the COVID-19 pandemic. Mayor Adams has already expressed a priority in ensuring the future sustainability of local and citywide businesses that are owned by African Americans and other people of color.

Yet what Jack Brown, as a Black business leader, was facing and continues to face in New York City is not isolated to that one city. The challenges that Black businesses are facing is a national concern from the east coast to the west coast, and from the north to the south. There appears to be a systematic attempt throughout the country to undervalue the strategic importance of supporting Black businesses. This is apparent at the municipal, county, state, and regional levels in nearly every state. The eventual fate of businessmen like Jack Brown III will be the future fate of our advance and progress in America.

The vital key to advancing the economic status of African American communities and families is the support and the promotion of the success of Black-founded, managed, and owned businesses. We will not stand silent about this matter. Our businesses deserved to be respected, engaged, and empowered. No one should attempt to devalue what is invaluable to the future of our communities. It is time to vote. It is time to speak out. It is time to support our Black businessmen and women—especially those devoted to serving the underserved.

(Dr. Benjamin F. Chavis Jr. is the president/CEO of the National Newspaper Publishers Association (NNPA) and executive producer/host of The Chavs Chronicles on PBS TV stations weekly throughout the United States. He can be reached at <dr.bchavis@nnpa.org>.)

Brown v. Board of Education: When Supreme Court rejected a racist system