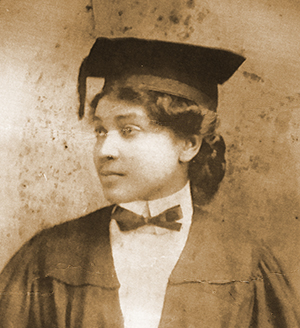 Meharry Medical College will host public and community leaders for the unveiling of the new historical marker honoring Dr. Josie. E Wells on May 20. The marker will pay tribute to Wells’ lifelong accomplishments and contributions to the Nashville community.

As a recognized humanitarian and woman of many firsts, Dr. Josie E. Wells was one of the first three women to graduate from Meharry Medical College with a medical degree in 1904. She was the college’s first female faculty member. In addition, after years having worked alongside its first president and hospital superintendent, George W. Hubbard, Wells became Hubbard Hospital’s first female superintendent in 1912.

“More than one-half of the educated Black physicians in the Southern states were graduates of Meharry Medical College, but of the many graduates of the era, few were women,” Sandra Parham, executive director of Meharry Medical College Library & Archives, said. “How family, money, academic or societal pressures may have impacted the women medical students, one can only imagine, but the opportunities for them were few and the constraints against their success, powerful.”

In collaboration with Dr. James E.K. Hildreth, president/CEO of Meharry Medical College, Parham submitted the application for the marker in Wells’ honor to the Metropolitan Historical Commission of Nashville and Davidson County in October, 2021, after learning of Wells’ accomplishments. Parham sees the addition of the historical marker on Meharry’s campus as an opportunity to not only officially memorialize Wells’ significant contributions, but also to share with the city the rich history and legacy Meharrians such as Wells have contributed to the Nashville community. 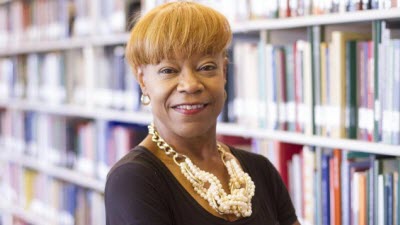 “Gender barriers that proscribed women’s life and professional possibilities were institutionalized nationwide, and more so for Black women. Wells’ accomplishment of becoming a doctor in 1904, and later a hospital administrator, is all the more noteworthy,” Parham said.

Historical markers are only considered when the proposed event, person, structure or place’s historical significance is proved to be or to have taken place 50 or more years ago. Once the city approves the casting of a historical marker, it takes approximately three months to see the marker erected to its approved site.

Wells’ approved marker will join those of noteworthy Meharrians, Hulda Margaret Lyttle and Donley Harold Turpin. Lyttle was a member of the first graduating class of Meharry’s Nursing School and Turpin was the dean of Meharry’s Dental School in 1938 who gave his personal finances to the School to keep it afloat during the Great Depression.

The unveiling will take place at 1 pm on May 20 on the lawn in front of the former George W. Hubbard Hospital, 1005 Dr. D.B. Todd, Jr. Boulevard. The public is invited to attend, and a reception will immediately follow in the nearby Hulda Lyttle Hall Parlor and Meeting Space.

‘Cancer: My Journey in Time’(part 94)
We can make a choice