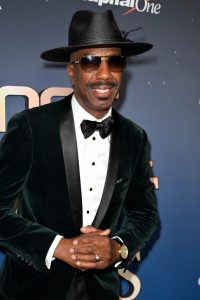 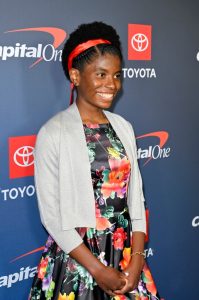 This Juneteenth, the Bounce Trumpet Awards return for its 30th anniversary, celebrating the best in African American excellence and achievement. A beacon to inspire, enlighten and raise the human spirit to its highest potential, the Bounce Trumpet Awards recognizes Black humanitarians who have succeeded against immense odds and augment the richness of our society by striving for justice and equality for all.

The 30th Anniversary Bounce Trumpet Awards were rescheduled for and held on April 23, 2022, at the Dolby Theater in Hollywood. They will air on Juneteenth, Sunday, June 19, at 6 p.m. CDT. Produced by Magic Lemonade Production Company, the gala event will be televised on Bounce, the nation’s popular entertainment television network serving African Americans. The event, which was previewed in the PRIDE on January 7, was rescheduled from January because of COVID-19 concerns.

“It’s fitting that we will honor Black excellence and achievement on a day that is a commemoration of such a significant moment in our history as African Americans,” said Cheryle Harrison, head of Bounce. “We appreciate everyone’s patience in our having to adjust this year’s schedule.”

Courtney B. Vance (Excellence in Entertainment Award): Vance’s debut in “Hamburger Hill” launched a prolific cinematic career that includes “The Hunt for Red October,” “The Preacher’s Wife” and “The Adventures of Huck Finn.” His work in television includes “The People vs. OJ Simpson: American Crime Story” for which he won an Emmy, Critics Choice, and NAACP Image award.

Raphael Warnock and Jon Ossoff (Xernona Clayton Award of Distinction): The senators from Georgia will be honored with this award, named after the founder of the Trumpet Awards, for succeeding against immense odds, fighting for change, and working to improve the lives of all. Warnock has served as senior pastor at Ebenezer Baptist Church in Atlanta for over 15 years. Ossoff was mentored by civil rights legend and former Trumpet Award honoree Congressman John Lewis.

Princess Sarah Culberson (Impact Award): This award is given for demonstrating tremendous vision, leadership, and innovation that has led to a positive impact on the community. Culberson and her brother founded the non-profit Sierra Leone Rising, which distributed aid during the 2014 Ebola outbreak and the 2020’s COVID-19 crisis and continues to raise funds for community growth.