Why schools can no longer ignore Anti-Black hate 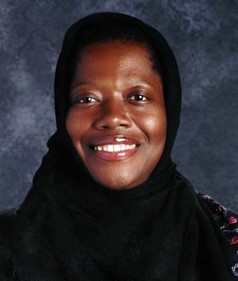 As we head into summer wrapping up the 2021-22 school year, our nation is faced with yet another anti-Black hate tragedy. This time, the gunman is an 18-year-old White male who drove nearly 3.5 hours to murder 10 people and injure three additional victims while racially traumatizing countless others. Among the deceased are retired Buffalo police lieutenant Aaron Salter who risked his life as a security guard to prevent further deaths from occurring.

What we know is that last year, this 18-year-old, Payton Gendron, previously threatened to shoot up his predominantly White high school, where approximately 2.7% of the student body is Black and 3.2% are two or more races. Although he received a psychiatric evaluation, the former student was allowed to continue school and graduated without incident. Interestingly, Black students are continually suspended and expelled for willful defiance like not putting away their cell phones fast enough in class and other acts of ‘disruption.’ In contrast, non-Black students, in particular, receive passes for the most egregious acts that are verbal or physical in nature.

School is a microcosm of society, so whether acts of anti-Black racism occur on or off-campus grounds, they should always be taken seriously and acted upon by school administrators and staff. Just last month, in San Diego County’s Lakeside community, a 16-year-old African American female was stabbed outside of her apartment complex by a White male neighbor and schoolmate. Both this 16-year-old and his 15-year-old girlfriend are believed to have ties with White ‘supremacist’ groups.

Lakeside, which neighbors Santee and its local high school, El Capitan, shares similar school demographics to gunman Payton Gendron’s Susquehanna Valley High School in New York. Schools can no longer turn a colorblind eye to what is happening to Black children and adolescents across the country, no matter how small the Black student population may be, as we see in these two tragic incidents. Anti-Black hate is real and we call on schools to protect our youth at every level, including from being harmed by their own peers when they are trying to learn like everyone else. Just imagine how differently the national headlines and local headlines would be if both Susquehanna Valley High School in New York and El Capitan High School in San Diego had addressed anti-Black hate at schools head on. The time is now for us to take action at the local, state, and federal levels.

Locally, they are calling on San Diego County DA Summer Stephans, San Diego County Board of Supervisor Joel Anderson (District 2), the Grossmont Union High School District, and Lakeside Sheriff’s Department Substation to continue to work with the San Diego Community at large to address anti-Black hate and racism head on in communities and in schools. State-and-federal-wide, to Assembly member Dr. Akilah Weber, Rep. Scott Peters, and President Biden: we are grateful for the recent passage of the anti-lynching bill in honor of the late Emmit Till but we need more. On this day, we call for specific legislation that will denounce anti-Black hate in schools and communities. Our students matter. When schools and our nation address anti-Black racism as soon as threats of violence first happen in schools, we can keep our families and communities safe by preventing mass shootings in the first place.

(Katrina Hamilton is the co-chair of Black Minds Matter Advocacy Group of San Diego (BMMAG-SD), and founder of United Shades of Black and Brown (USB²), an organization focused on eradicating anti-Black Racism in schools.)

COVID-19 is not over
We cannot drop our guard