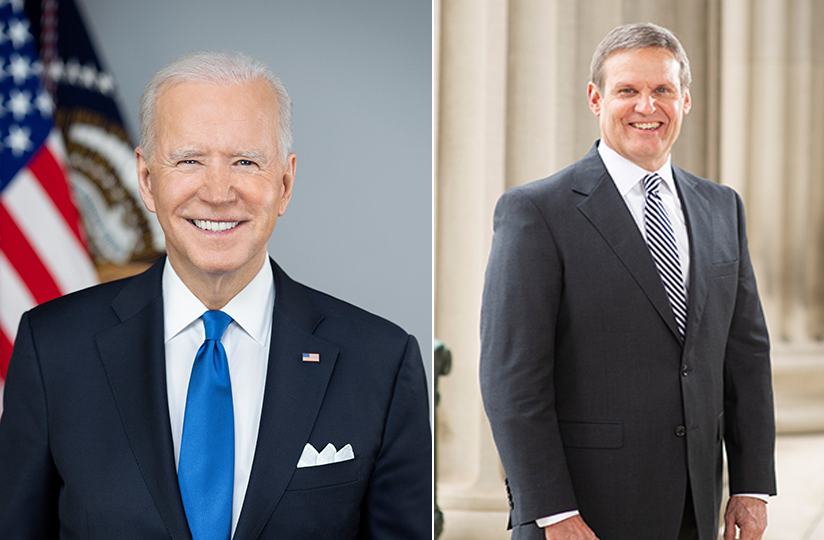 In a sign that malaise over rising inflation and stressors related to pandemic recovery could be influencing Tennesseans’ attitudes toward elected leaders, support for President Joe Biden and Gov. Bill Lee has dropped among registered voters, according to the most recent statewide Vanderbilt University Poll.

Poll co-directors John Geer; Ginny and Conner Searcy, dean of the College of Arts and Science and professor of political science; Josh Clinton Abby; and Jon Winkelried, professor of political science, say the new findings align with a national trend of waning support for Biden, even among Democrats and independent voters. Tennessee voters also are less inclined to see the merit of another presidential run by Donald Trump.

“There’s a general dissatisfaction with the direction of the country right now, and we pick that up in a lot of different ways—whether it be in the national poll or in how people are viewing local leaders,” Geer said. “One of the themes our latest poll shows is that here in Tennessee, there is a declining appetite to have a replay of the 2020 presidential election in 2024.”

And just 38% of those polled said they want Trump to run for U.S. president in 2024, a drop from 44% in December 2021. While Republicans are much more supportive of a 2024 Trump campaign than Democrats, they, too, showed declining interest—68% supported the idea, down 11 points from December 2021.

While Tennessee voters are largely unhappy with the nation’s leadership, Gov. Bill Lee remains popular with constituents, despite a slight drop in his approval rating. Lee earned a 56% approval from those polled, down from last year’s level of support but similar to results from December 2021.  When breaking down attitudes by party, 80% of Republicans said they’d re-elect Lee compared with only seven percent of Democrats.

Tennesseans also see a U.S. economy increasingly in trouble. Only 27% believe the U.S. economy is in good shape, down significantly from 47% of those polled last year who said the economy was ‘very good’ or ‘fairly good.’

Tennesseans offer a more favorable assessment, though, of the state’s economy, with 64% responding the economy is ‘very good’ or ‘fairly good’ right now.

Seventy percent of registered voters in Tennessee think that the criminal justice reform either needs ‘a complete overhaul’ or ‘major changes,’ nationally and in Tennessee.

While Democrats are slightly more likely to hold these beliefs (82%), a majority of Republicans (63%) also express a strong desire for criminal justice reform.

Furthermore, 72% of those surveyed say they support the use of taxpayer dollars for rehabilitation programs such as mental health care or addiction treatment for people convicted of crimes. Support for rehabilitation is strongest among Democrats (84%) and independents (77%), but 58% of Republicans also support the increased use of taxpayer funds to address mental health and drug addiction problems among those convicted of crimes.

Abortion is at the forefront of national conversation as a draft Supreme Court opinion leaked that suggests the conservative majority may overturn a court case that ruled that people have a constitutional right to obtain an abortion.

Overall, while there is a strong partisan divide on this issue, only a minority of Tennesseans, including Republicans, want to make all abortion illegal. There is strong support (80% of respondents) for having abortion be either completely legal or legal under some conditions, such as in cases of rape and incest and when the health of the mother is at stake.

Some areas of the poll showed polarization between parties. Others found Tennesseans unified across several issues. More findings include:

Don’t let COVID-19 spoil your summer
How to celebrate Juneteenth, other events safely during the pandemic