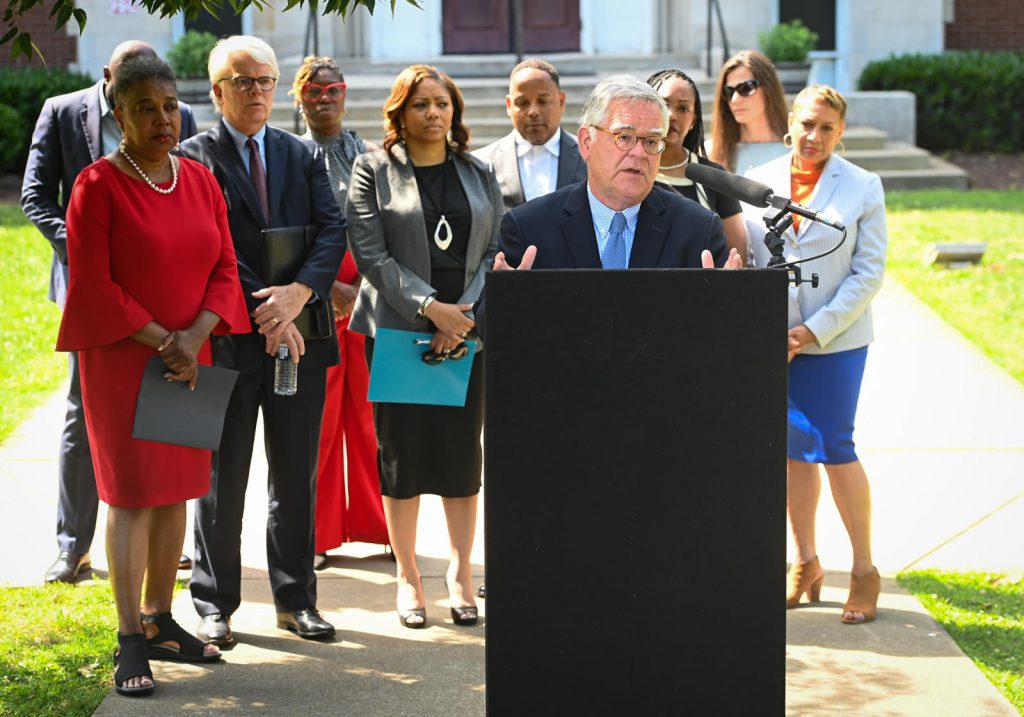 Metro Nashville has filed a petition asking the Tennessee State Supreme Court to review its recent 3-2 decision that found the state’s school voucher program, known as the Education Savings Account Act (ESA Act), to be constitutional, effectively clearing the way for it to move forward. Metro Nashville previously challenged the law’s constitutionality based on the ‘Home Rule Amendment,’ which says that an act of the Legislature that is local in its form or effect, applicable to a county or municipality in its governmental or proprietary capacity, is void unless approved by a two-thirds vote of the local legislative body or by local referendum.

“Great public schools require consistent prioritization because our kids’ future is our most critical investment,” said Mayor Cooper. “The state already provides Metro Nashville Public Schools far less funding per student than almost every other county in Tennessee, and now a state voucher program threatens to siphon off even more money away from improving public schools and into the hands of private schools. We hope the court will consider MNPS’ status as the public school system for both Nashville and Davidson County, and not allow the state to direct taxpayer money away from our schools without our consent.”

The court’s majority opinion, issued on May 18, found that the ESA Act doesn’t violate the ‘Home Rule Amendment’ because: “The Act regulates or governs the conduct of the local education agencies and not the counties.” In other words, the court ruled that the ESA Act applies to school districts, not counties, and therefore local-government protections in our state constitution do not apply.

Metro Nashville is asking the court to review the ruling because the reasoning provided by the majority opinion is wrong, particularly as it applies to Nashville. The newly filed petition argues that as a metropolitan government, Nashville and Davidson County included their combined school systems in the new metropolitan government when our citizens voted in 1962 to consolidate and adopt the Metro Charter.

Because Nashville’s public schools are part of Metro, the ESA Act applies directly to Metro, and the state constitution’s Home Rule Amendment therefore also applies, even under the court’s reasoning.

“Metro Nashville, through the Metro Council or its voters, has the legal right to say whether taxpayer funds should be spent on private schools,” said Wallace Dietz, director of law for Metro Nashville. “Our state constitution demands no less. We don’t believe the court’s reasoning for allowing the state’s voucher program to proceed should apply to Nashville, since we are a metropolitan government with a combined city and county school system.

“Additionally, the court concluded that the Home Rule Amendment does not apply to the ESA Act because the face of the act addresses school districts only and does not impose obligations on counties. Instead, the act triggers existing county funding obligations by forcing school districts to include students participating in the ESA program in their enrollment counts, even though the students are not attending public schools. This ruling conflicts with other Tennessee Supreme Court cases applying the Home Rule Amendment to bills that did not on their face require counties to do anything, but triggered obligations in existing law.”

Additional background: For much of Tennessee’s history, local governments were viewed simply as creatures of the Legislature, subject to its control at will. That one-sided balance of power shifted dramatically in 1953 when Tennessee held a limited Constitutional Convention that focused primarily on state encroachment on local prerogatives. The main concern was the Legislature’s historic abuse of local legislation, the passing of laws that impacted only one or a small number of counties. The Convention overwhelmingly approved the Home Rule Amendment to the Tennessee Constitution. The Home Rule Amendment was approved by Tennessee voters in 1953 and has been a part of our state constitution ever since.