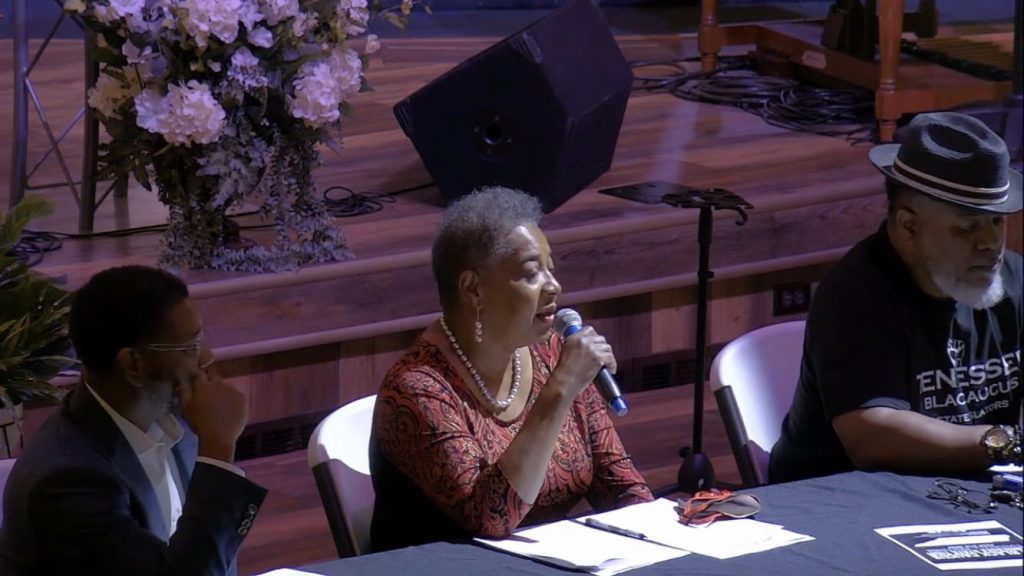 The Tennessee Black Caucus of State Legislators’ statewide listening tour stopped in Nashville on June 6 at the Jefferson Street Missionary Baptist Church. The purpose of the tour is to hear from citizens across the state while discussing new laws and bills sponsored by Black Caucus members.

“We are very excited to get to the people,” said Caucus Chair Antonio Parkinson of Memphis. “Each stop gives us an opportunity to listen, discuss and be responsive to citizens of our state.”

According to Parkinson, the focus for this year was on health, education and putting money back into the households they represent throughout the state.

Nashville state Rep. Vincent Dixie said: “With mass shootings going on across our state and our country, and rising gas prices and inflation, it’s more important now than ever to have a dialog with our constituents and discuss what we can do to keep food on people’s tables, gas in our cars, give people the opportunity to go to the doctor when they get sick, and keep themselves and their children safe.”

The meeting was hosted by 92Q’s Sissy Brown of the Kenny Smoov Morning Show and streamed live on Jefferson Street Missionary Baptist Church’s YouTube page.  The tour has already visited Knoxville and Chattanooga. It will kick off Juneteenth weekend in Memphis on June 16. There are plans to add more stops to the tour in July.