Tone deaf ‘corporate America blasted for trying to ‘own Juneteenth’ 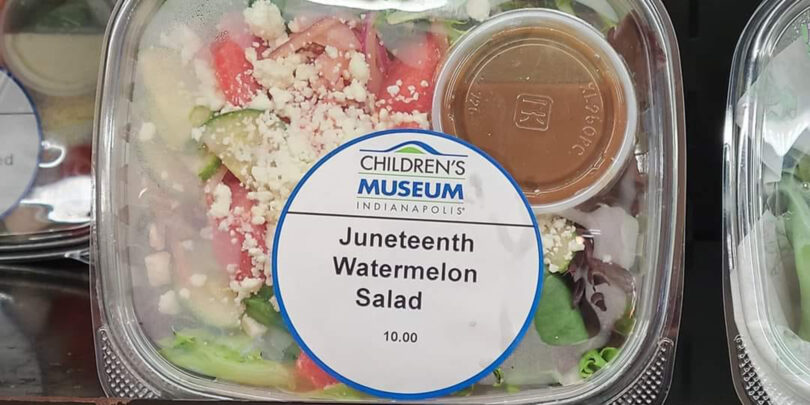 Initially, museum officials attempted to justify the offensive gaffe by noting that the watermelon salad has remained a staple in their food court’s manager’s family’s Juneteenth celebration.

One year later, as racism continues to permeate the nation and many African Americans prepare to observe the country’s 12th federal holiday, corporate America remains tone-deaf at best.

Social media users and others have lashed out at The Children’s Museum of Indianapolis for offering a pre-packaged watermelon salad as part of its Juneteenth menu.

The museum circulated a photo of the salad as it invited the public to its Juneteenth celebration.

“This is ridiculous and a mockery of Juneteenth,” Twitter user @WishYaHadAlexis wrote. “I’ve never had a watermelon salad or even heard of it. SMH.”

Another Twitter user, @MajorFactor2, said: “There can’t possibly be any Black folks in these boardrooms when decisions like this are being made.”

Initially, museum officials attempted to justify the offensive gaffe by noting that the watermelon salad has remained a staple in their food court’s manager’s family’s Juneteenth celebration.

Later, they released a statement apologizing.

“As a museum, we apologize and acknowledge the negative impact that stereotypes have on communities of color,” officials wrote. “The salad has been removed from the menu. We are currently reviewing how we may best convey these stories and traditions during this year’s Juneteenth celebration as well as making changes around how our food service provider makes future food selections.

“There should have been a label explaining the history and meaning behind this menu item, and it should not have been on the shelf before that label was ready.

“We understand how this appears with no context, and we apologize. However, we are pulling it from our food court immediately until the sign is ready to accompany it.”

According to the Smithsonian National Museum of African American History and Culture, watermelon represents a racist stereotype that originated in the Jim Crow era.

Juneteenth represents the date in 1865 when the last enslaved African Americans received official notice of their freedom.

“First, the stupidity from Walmart and now the Indianapolis Children’s Museum thought it was okay to have a watermelon salad to celebrate Juneteenth,” Twitter user @MrsCMitch wrote. “This is unbelievably insensitive and inappropriate.” 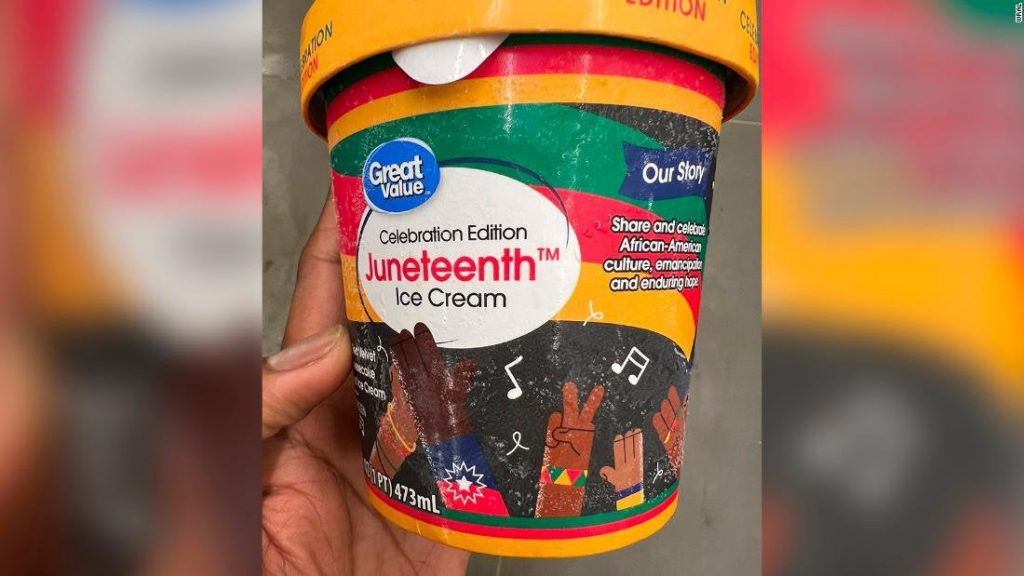 Walmart came under fire earlier after the chain issued a new flavor of its ice cream and called it ‘Juneteenth.’

Immediately, Walmart received criticism for attempting to cash in on the newest holiday with the flavors that included swirled red velvet cake and cheesecake.

“We will remove the items as appropriate,” Walmart officials said. “Juneteenth holiday marks a celebration of freedom and independence. However, we received feedback that a few items caused concern for some of our customers, and we sincerely apologize.”

Bridge, an organization that promotes improving diversity and inclusion, called on Walmart to remove the ice cream flavors.

“Would you launch an ice cream called January 27? The day the world remembers the Holocaust. Or April 7, the day that memorializes the genocide in Rwanda. Of course not,” Bridge officials wrote in a letter to Walmart.

They also took Walmart to task for placing a trademark indication on the word ‘Juneteenth.’

“Placing a TM and claiming ownership of the word ‘Juneteenth’ further exacerbates the lack of understanding of laying claim to something that represents so much to an entire population,” they wrote.