Hamiltonreturns to TPAC this summer for 2 weeks 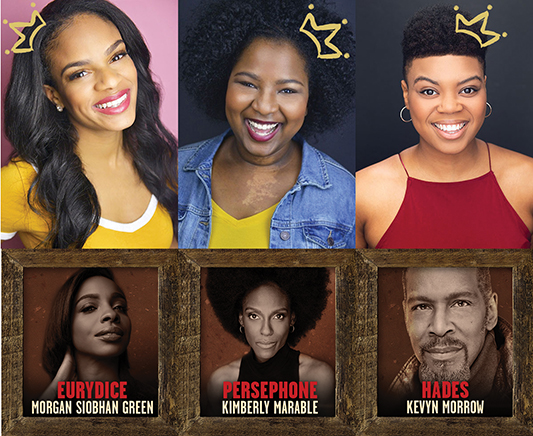 The 2022-23 HCA Healthcare / TriStar Broadway at TPAC season is filled with a remarkable blend of history, mythology, revolution, and triumph. Featuring 7 Nashville premieres – plus the returns of the blockbuster Hamilton and one of Nashville’s best-loved musicals, Les Misérables – an unforgettable year of live theatre with fresh perspectives of some of the most captivating, human, and inspiring stories for our time is waiting for you.

The HCA Healthcare/TriStar Health Broadway at TPAC series and special presentations feature the best of Broadway, including new hits and popular favorites. Six is about six amazing women; half of the six are black. Pretty Woman is — a woman and 40% of the US Tour cast is black (8 of the 20). Plus, most of the Hadestown cast is black; many are women also.

In 2023, Special Add-on Les Misérables– January 10-15; SIX, an exuberant celebration of 21st Century girl power as the six wives of Henry VIII remix 500 years of historical heartbreak – February 21-26; Ain’t Too Proud – The Life and Times of  The Temptations, the electrifying new musical that follows The Temptations’ extraordinary journey from the streets of Detroit to the Rock & Roll Hall of Fame – March 21-26; Disney’s Aladdin, a thrilling new production filled with unforgettable beauty, magic, comedy, and breathtaking spectacle from the producers of “The Lion King” – May 2-7; and 1776, a new production of the Tony Award®-winning musical, reexamining a pivotal moment in American history with a cast that reflects multiple representations of race, gender, and ethnicity – June 20-25.

“We’re thrilled to bring a new season of the hottest Broadway titles directly to your door. You don’t need to go to New York to see the latest shows because as a season ticket holder, you can experience all of them here at home with great savings and other benefits,” says Jennifer Turner, TPAC President, and CEO.

Season ticket holders and groups receive priority seating for the Broadway Special shows. Season ticket packages are available NOW. Packages start as low as $40 per show when you book all eight shows. Season ticket holders receive the best seats at the best price compared to purchasing shows individually and are entitled to additional exclusive benefits, such as easy exchange privileges, flexible payment plans, and savings on additional single tickets for any 2022-23 Broadway show at TPAC. For full benefits, pricing, and seat map, visit TPAC.ORG/Broadway, where season tickets may be purchased, or call TPAC Patron Services at 615-782-6560.