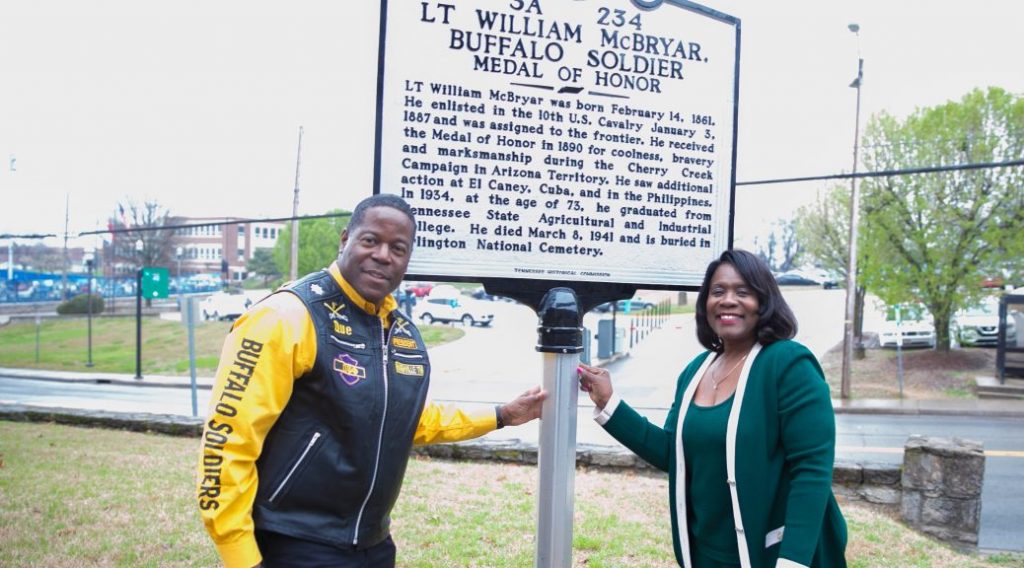 As the nation honors our fallen heroes on Memorial Day, Tennessee State University is remembering alumnus and Medal of Honor recipient, Lt. William McBryar. McBryar graduated from Tennessee State Agricultural & Industrial College in 1934 with a degree in agriculture.

A Buffalo Soldier, McBryar was awarded America’s highest military decoration for his actions on March 7, 1890, during the Cherry Creek Campaign in the Arizona Territory. According to his citation, McBryar was distinguished for “coolness, bravery, and marksmanship” while his 10th Cavalry troop pursued hostile Apache warriors.

Dating back to the Civil War, there have been 3,473 Medal of Honor recipients—90 of which were Black, including Lt. McBryar.

In 2017, TSU posthumously honored McBryar at a special Veterans Day program on campus. The following year, on March 20, TSU unveiled a historical marker in front of Kean Hall honoring McBryar. TSU and military officials, as well as lawmakers, federal, state, and local officials attended the ceremony. Representatives from the Nashville chapter of the National Association of Buffalo Soldiers were also present for the historic moment. 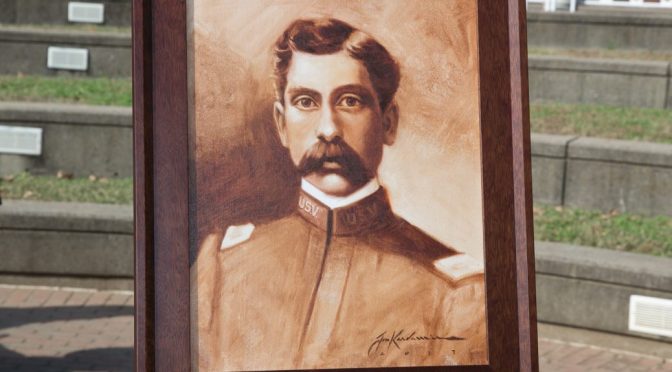 At the event, TSU President Glenda Glover called McBryar “a role model for all of us.”

“We’re pleased that we can recognize him as our own, and honor him in this manner,” Glover said during the 2018 event. “This unveiling is historical. There are so few African Americans who have made this type of achievement.”

Lt. Col. Paul Coakley, a U.S. Army veteran, and president of the Nashville Chapter of the National Association of Buffalo Soldiers, said he, and other soldiers, are where they are today because of soldiers like McBryar.

“They sacrificed so that we can do what we do today,” Coakley said.
cBryar went on to serve with the 25th Infantry in the Spanish-American war and fought at El Caney, Cuba. He also saw action in the Philippine Insurrection before demobilizing in San Francisco.

In 1906, after leaving the military, McBryar moved to Greensboro, North Carolina, as a civilian and there he married Sallie Waugh, a nurse. Three years later, he worked as a watchman at Arlington National Cemetery and as a military instructor at what is now Saint Paul’s College.

In 1933, with a desire to complete his degree, McBryar attended Tennessee State Agricultural & Industrial College. He graduated the following year, at age 73, finishing his college education that started at Saint Augustine’s University prior to enlisting in the military.

McBryar died in 1941 at the age of 80. He is buried at Arlington National Cemetery.